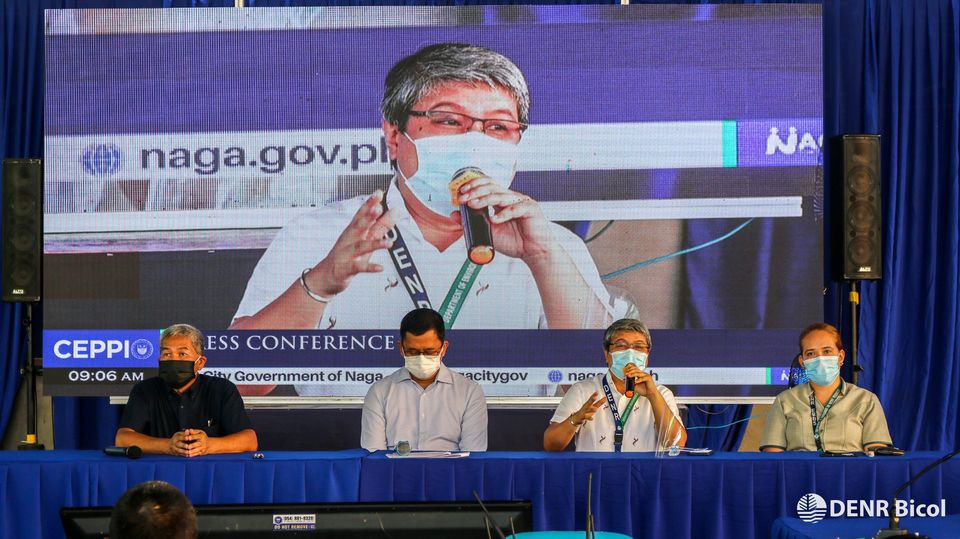 The Naga LINAW Program is a collaborative endeavor between the City Government of Naga and PENRO Camarines Sur with the objective to encourage community involvement on environmental protection by mobilizing private stakeholders to adopt a part or a stretch of the Naga River and other waterways within Naga City for its maintenance, cleanliness and protection as part of their corporate social responsibility.

“More than a clean-up and rehabilitation project, the Naga LINAW will showcase the role of the Department of Environment and Natural Resources (DENR), Local Government Units (LGUs) and the private stakeholders in cleaning and maintaining the healthy condition of the Naga River and other waterways within Naga,” PENR Officer Cariño said in her message. Further, Mayor Nelson S. Legacion emphasized the importance of including all the waterways within Naga City in the program, as the creeks, streams and smaller waterways leads to the Naga and Bicol River. Mayor Legacion also added that clean waterways help prevent flooding in certain areas in Naga City.

PENR Officer Cariño and Mayor Legacion both expressed their gratitude to the private industry partners for their participation and cooperation for the Naga LINAW Program. A press conference was also held after the MOA Signing. Present in the said activity were the Sangguniang Panlungsod members, Vice Mayor Cecilia de Asis, City Environment and Natural Resources Officer Engr. Alex A. Caning, PENRO Camarines Sur Provincial Environmental Management Officer (PEMO) Lilian Ordino, Conservation and Development Section Chief Liezl Valenciano and the representatives of the initial industry adopters for the Naga LINAW Program.### 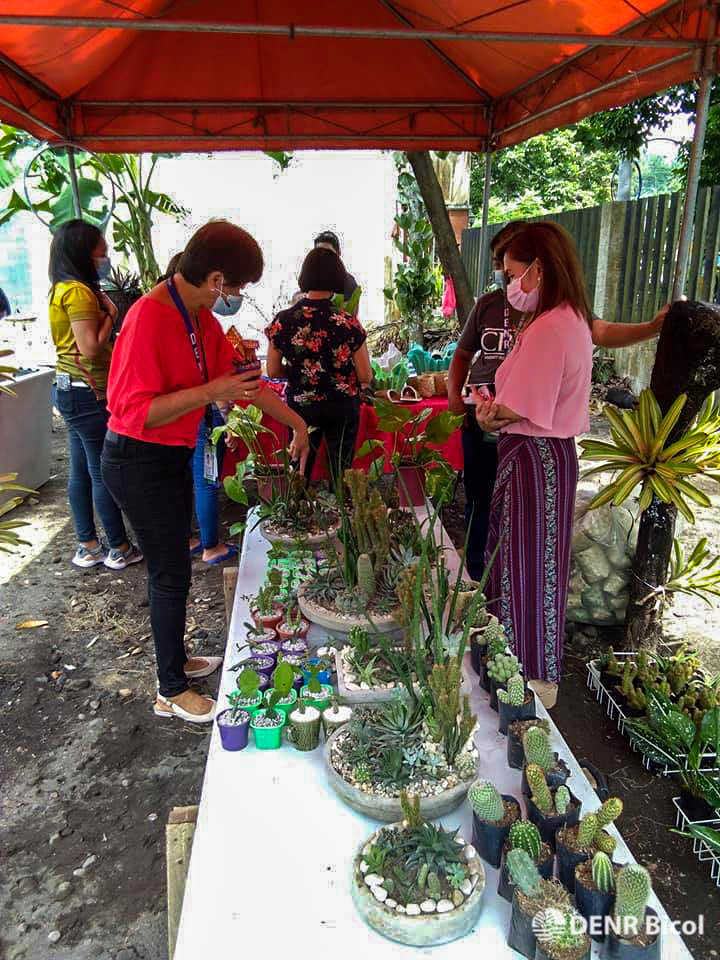 The activity aimed to showcase livelihood and development projects of the POs who are beneficiaries of the Community Based Forest Management (CBFM) Project of the DENR. Strict pandemic protocols were observed.### 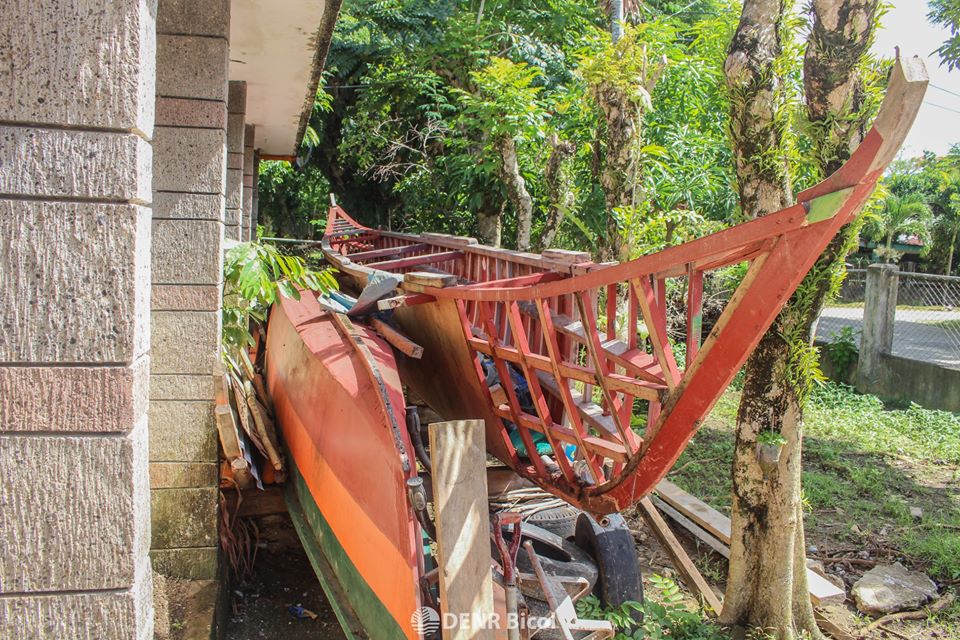 "We thank PENRO Catanduanes for their efforts in maintaining the safety of our environment and natural resources and for continually supporting the Province through this donation." Governor Joseph A. Cua said during the signing of the Deed of Donation. PENRO Arena also expressed his gratitude to the Provincial Government of Catanduanes and hoped that the donation will be of great use especially in this time of pandemic.

The donated boat is a confiscated boat from one of the many operations conducted by the PENRO. It will be used by the Provincial Disaster Risk Reduction Management Office (PDRRMO) in its activities and operations. A Deed of Donation was executed between the DENR PENRO Catanduanes through PENRO Arena and Governor Cua on the same day.

The DENR continuously renders assistance to partner agencies by donating apprehended forest products from illegal environmental activities. Further, the DENR is appealing to the public to refrain from illegal logging to prevent floods, landslides and other natural calamities that may risk the lives of the communities. 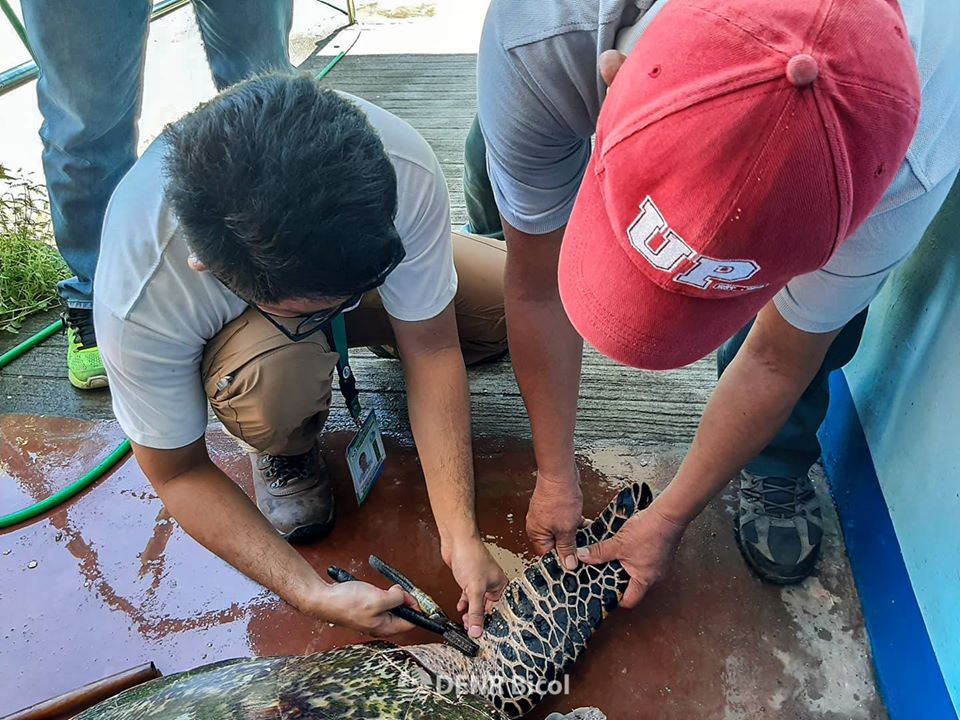 Upon assessment, the Hawksbill turtle was found to be seventy-seven (77) centimeters long and sixty-seven (67) centimeters wide. Being healthy and fit for release, it was consequently tagged and released at the waters of Barangay Viga, Magallanes, Sorsogon.

With the frequent stranding incidents involving sea turtles around the region, the DENR OIC, Regional Executive Director Atty. Antonio A. Abawag appeals to the public to immediately report to the nearest DENR Office any incidents alike to help in the proper assessment, handling and release of sea turtles. The DENR is also reminding the communities to maintain the cleanliness of the environment, especially in the coastal areas to prevent plastics and other wastes to reach the seas, which causes death to various marine species. 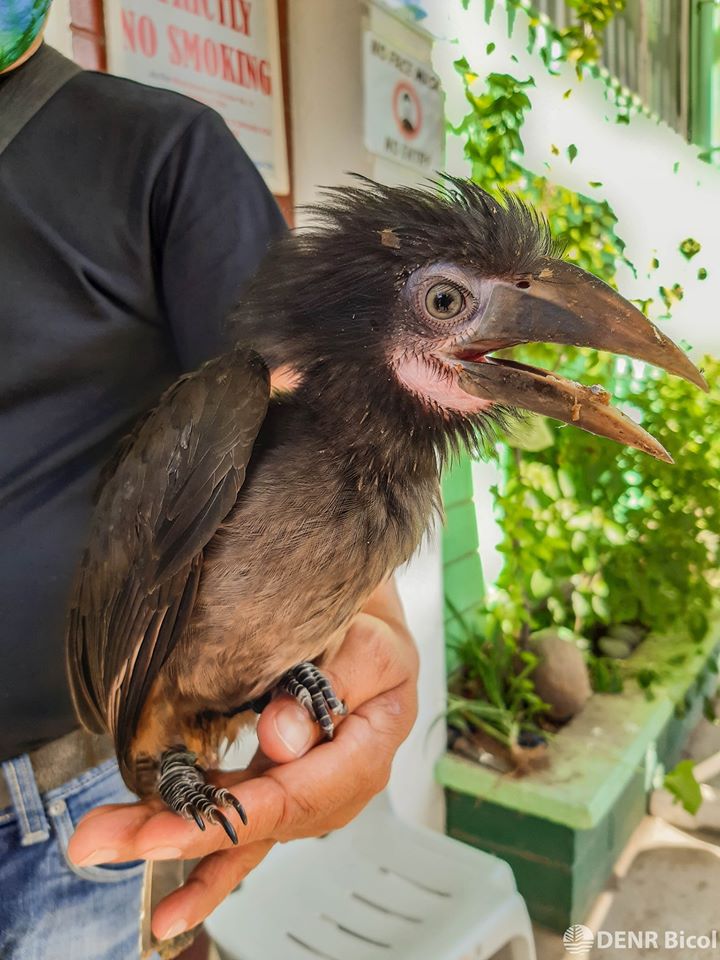 The said wildlife species was rescued and turned over by Mr. Richard Quintana from the custody of a resident of Barangay Haring, Canaman, Camarines Sur. Upon assessment, the PENRO Technical Team found out that the bird weighs about 0.25 kilograms and has an average wingspan of 0.60 meters. However, having observed that the Hornbill is still young and is not fit for release, the bird was temporarily placed under the custody and care of the PENRO. However, the PENRO ensures its safety and the release of the same once it is fit to survive on its own in the wild.

The Luzon Tarictic Hornbill is endemic to forests in Luzon and nearby islands in the northern Philippines. Poaching, illegal hunting and possession of wildlife species without proper documents are prohibited under the Republic Act (RA) 9147, otherwise known as the “Wildlife Resources Protection and Conservation Act”.

The DENR is seeking the cooperation of the public to report and turn over any wildlife species without proper documents.