Over 4,000 Waterbirds Sighted during the Annual Asian Waterbird Census in Camarines Sur 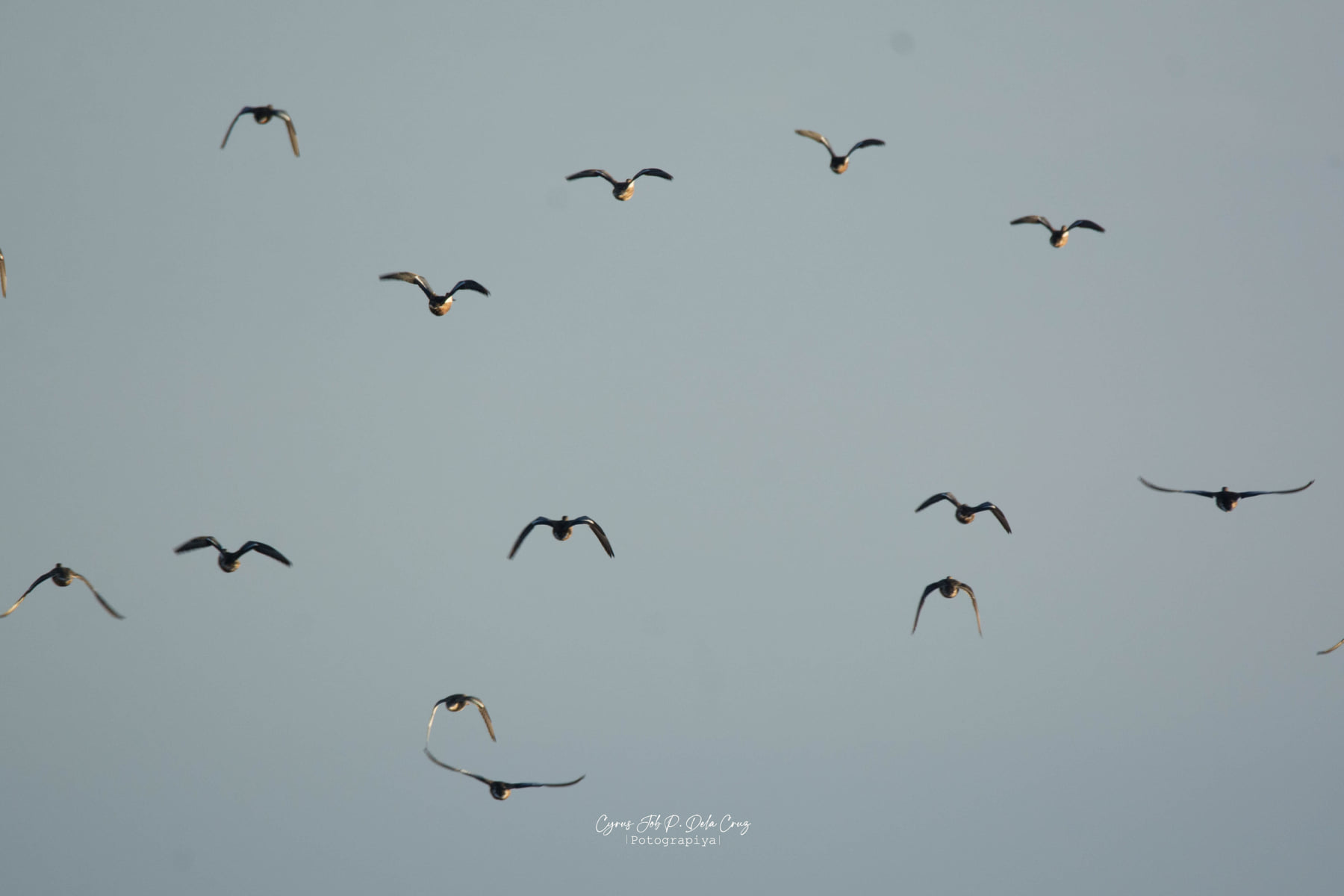 A total of 106 Olive Ridley turtle (Lepidochelys olivacea) hatchlings were recently released to the shores of Barangay Payak in Bato, Camarines Sur.

According to the CENRO Iriga technical personnel, the Barangay Council reported the sighting of a turtle laying eggs at the shorelines of the said barangay in October 2021 and immediately set up a parameter fence to secure the nesting site. They informed the incident to the CENRO Iriga and consequently, the office conducted regular monitoring of the area.

A Communication, Education, and Public Awareness (CEPA) drive was also conducted by the CENRO Iriga to increase the awareness of the barangay residents on sea turtles and other wildlife species.

Under Department of Environment and Natural Resources (DENR) Administrative Order (DAO) No. 2019-09 titled, “Updated National List of Threatened Philippine Fauna and their Categories”, the marine turtle species are considered endangered. Likewise, all wildlife in the Philippines are protected under Republic Act No. 9147, otherwise known as the "Wildlife Resources Conservation and Protection Act".

The DENR V continuously calls on the public to report such incidents and turnover any wildlife to proper authorities for proper handling and release to its natural habitat. Continuous CEPA campaigns are being conducted by the DENR, which have caused increasing numbers of public turn overs to the office. (With report from CENRO Iriga)### The DENR V Community Environment and Natural Resources Office (CENRO) Guinobatan headed by OIC, CENR Officer Narisol C. Divina together with some local sea turtle conservation advocates successfully released a total of 133 Olive Ridley hatchlings to their natural habitat on December 28, 2021 and January 1 to 2, 2022 at Barangay Nagas, Oas, Albay, a part of the Ticao-Burias Pass Protected Seascape (TBPPS).
Forest Technician II Faye Jesusa T. Onrubia, head of the CENRO Guinobatan Wildlife Resources Permitting Unit, said that two (2) adult marine turtles were spotted by the locals about to lay eggs in the nesting site at Barangay Nagas on October 27 and 30, 2021. Since then, regular monitoring activities were conducted in the area to prevent the nests from getting damaged or threatened by predators, possible flooding of nests and egg hunting by humans.
The sea turtle hatchlings emerged from the nests on the evenings of December 27, 2021 (30 hatchlings), December 31, 2021 (57 hatchlings) and January 1, 2022 (46 hatchlings), respectively. The hatchlings were all found to be Olive Ridley Sea Turtle (Lepidochelys olivacea). Per DENR Administrative Order (DAO) No. 2019-09 titled, "Updated National List of Threatened Philippine Fauna and their Categories", the marine turtles are considered endangered.
The sea turtle hatchlings were spared from typhoons during the last quarter of 2021, allowing the eggs to fully undergo incubation period and hatch.
The local officials also believe that the continuous conduct of Communication, Education and Public Awareness (CEPA) activities in their area will help boost the potentials of the residents in becoming partners in environmental protection, conservation and management.
The catching and hunting of marine turtles, and all wildlife species are prohibited under Republic Act No. 9147, otherwise known as the "Wildlife Resources Conservation and Protection Act".### 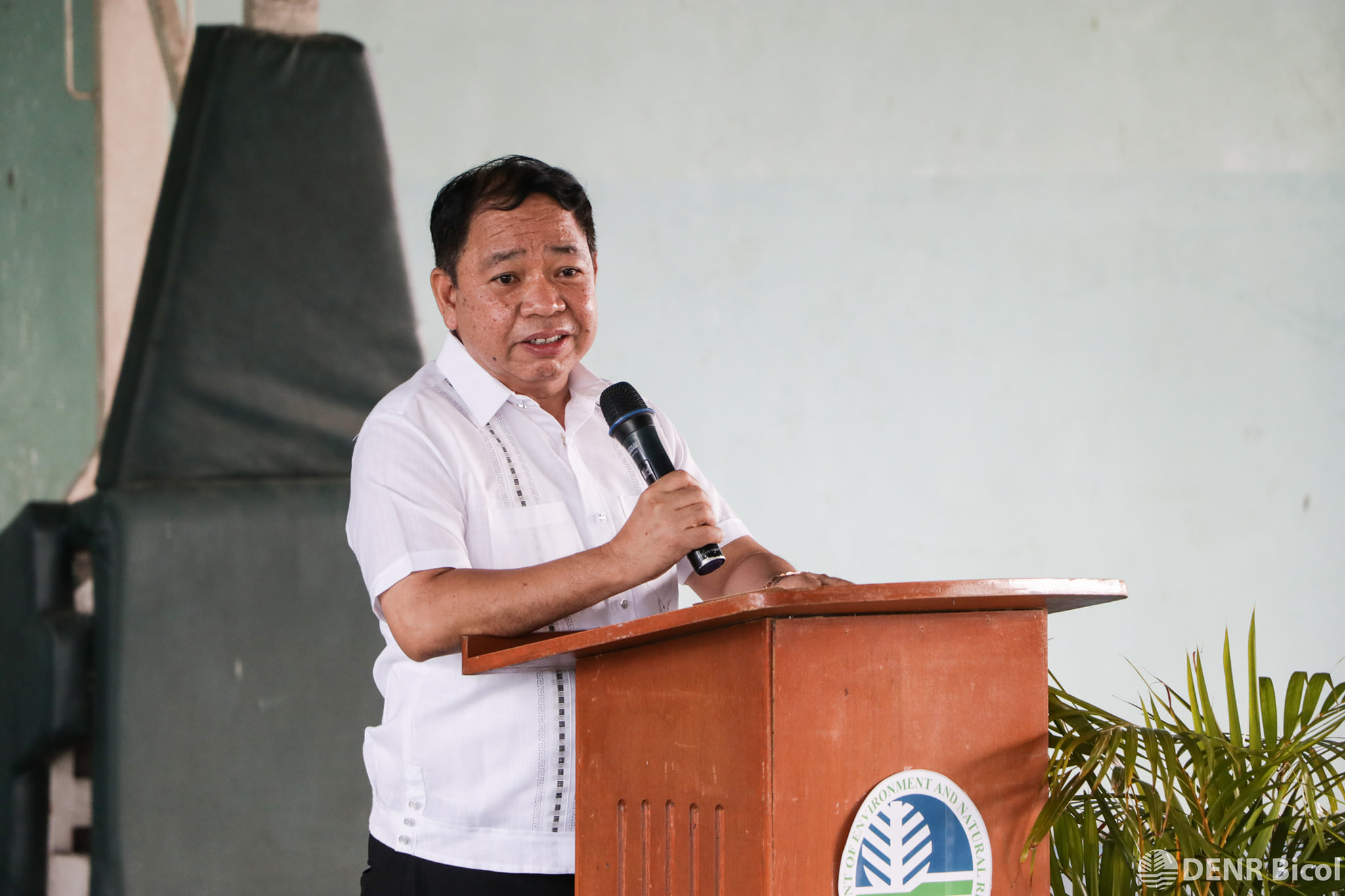 The Department of Environment and Natural Resources (DENR) V together with the Environmental Management Bureau (EMB) V and the Mines and Geosciences Bureau (MGB) V through its key officials highlighted the major accomplishments on its thrusts and priority programs during its first hybrid Monday program for the year 2022 on January 3, 2022 at the DENR V Covered Court, Regional Center Site, Rawis, Legazpi City.
“We have been challenged by the pandemic but I am proud to say that we have accomplished all our targets, programs, and activities including the later release funds from the Central Office which was a challenge last December 2021. With this, I am thankful to each and every employee. Thank you for your passion, perseverance and grit for the betterment of our mandates and programs,” Regional Executive Director Francisco E. Milla, Jr., CESO III said.
RED Milla also urged the employees to renew their commitment to serve the public and would like to strengthen the collaboration with the line bureaus and other partner stakeholders to maintain its good standing. "I believe that we can do it through our patience, perseverance, and unity," he added.
RED Milla also called on the Management Services (MS) under the leadership of the OIC, Assistant Regional Director (ARD) for MS Grace L. Cariño to strive a higher level in the Program to Institutionalize Meritocracy and Excellence in Human Resource Management or the PRIME-HRM and the Quality Management System (QMS) Certification while for the Technical Services under the leadership of the ARD for Technical Services (TS) Atty. Ronnel C. Sopsop to accomplish all targets especially those under the Expanded National Greening Program (E-NGP) and patents this year.
Moreover, RED Milla also touted on the physical improvements such as the repainted buildings and improved covered court. “Let us be a model in the offices here. We have to model cleanliness, segregation of solid wastes and also separate bins for COVID wastes. Let us make this part of our advocacy,” he said.
In addition, RED Milla shared the COVID-19 vaccination status of the Region. He said that it has already achieved the vaccination rate of at least 95% for EMB V, 97% for MGB V, and 85% for DENR V. He also urged everyone to practice the health protocols and avail of the free booster shots for everyone’s protection from the virus.
“May this New Year be our inspiration as we continue to raise the bar of environmental protection through our hard work and perseverance,” he said.### 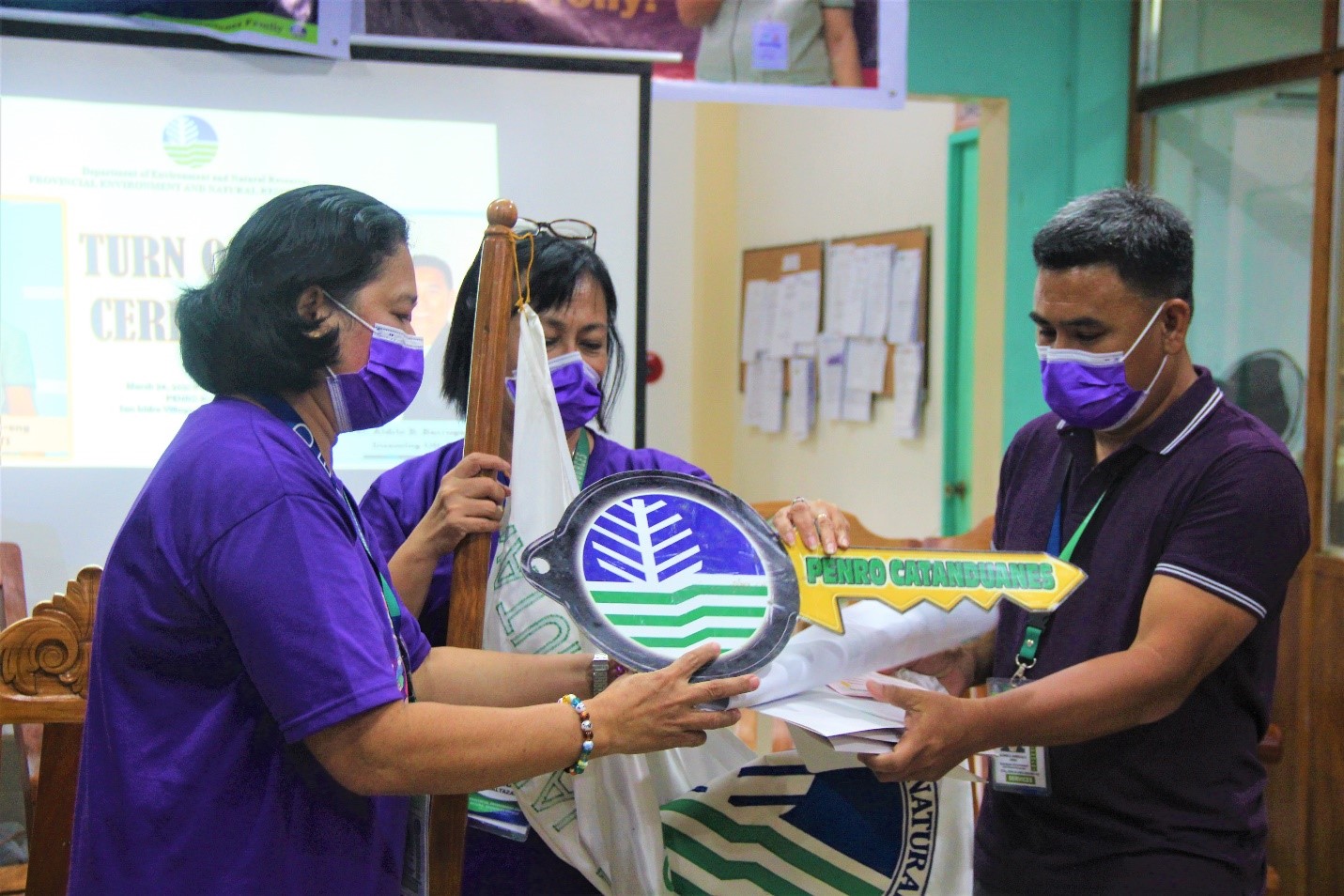 “However, things have to come and go and that we must accept that everything changes. There is a time for everything and you must wait for your right time”, For. Sa-ong said in her message.

Meanwhile, in his acceptance speech, Forester Barruga said that he is hopeful that all personnel of the PENRO will give him full support all throughout his stay in the province.

The change of leadership for the Technical Services Division of PENRO Catanduanes is in accordance with the DENR Regional Special Order No. 2021-096 signed by Regional Executive Director Atty. Antonio A. Abawag dated March 17, 2021.