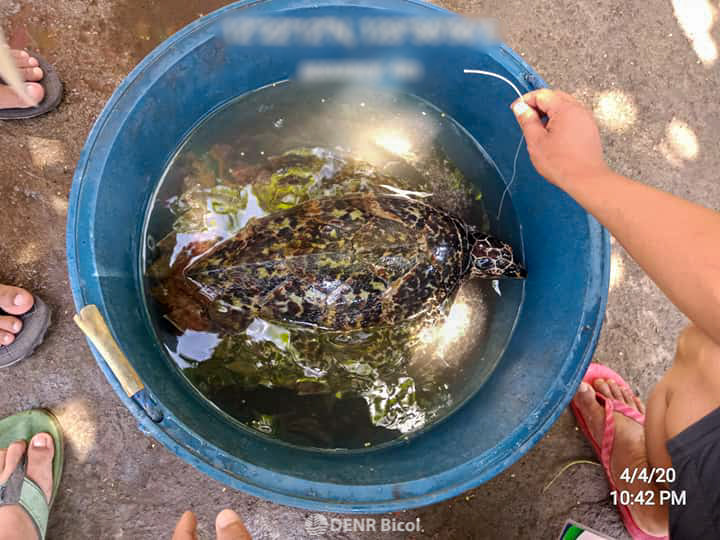 The Department of Environment and Natural Resources (DENR) Bicol headed by OIC, Regional Executive Director Atty. Gil A. Aromin through the Community Environment and Natural Resources (CENRO) Mobo released a Hawksbill turtle (Eretmochelys imbricata) which was turned over by the Philippine Coast Guard Masbate Station on April 4, 2020 at Masbate City.

The Hawksbill turtle was examined firsthand by the DENR CENRO Mobo staff before it was released to the seas of Buntod Reef and Marine Sanctuary in Masbate City.

The said sea turtle is said to be one of the Critically Endangered species under DENR Administrative Order (DAO) No. 2019-09 and with its strict protection under Republic Act (RA) No. 9147 otherwise known as the "Wildlife Resources Conservation and Protection Act", killing and selling of turtle and its meat are strictly prohibited.

The DENR Bicol, with its goal to conserve and protect the environment and natural resources, is calling the public to report any encounter involving marine turtles and other species that may be at risk of illegal captivity and stranding.###