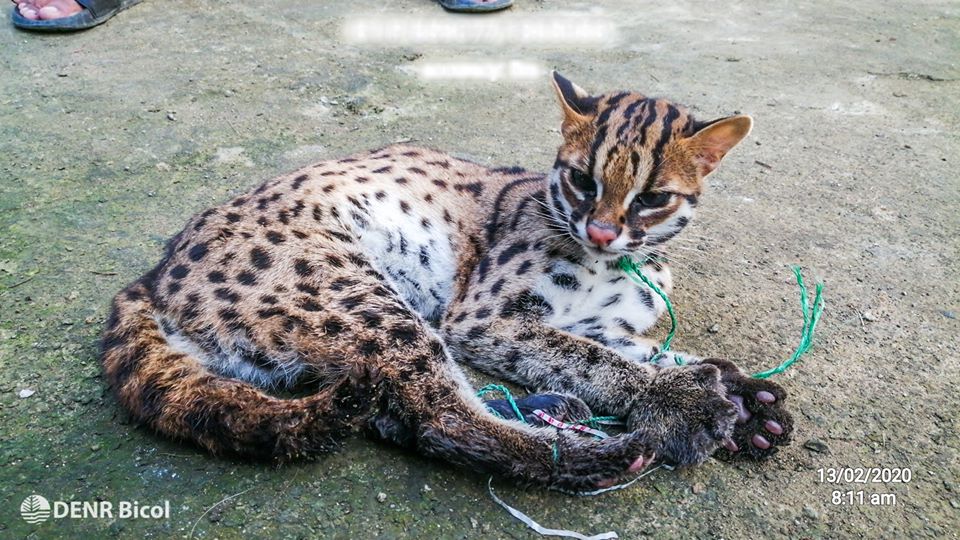 The wildcat was sighted by Mrs. Joan Roxas on February 12, 2020 caught up in a poacher's trap at Purok 5, Bayombon, Masbate City. This was consequently reported to the Punong Barangay of Bayombon and to the DENR CENRO Mobo.

With the assistance of the Bayombon Unified Force (BUF), the DENR Team cut the nylon rope entangled to the wildcat. The rescue team assured that there were no injuries or wounds inflicted on the animal during the process. The leopard cat was subsequently released to the wild. Moreover, an Information, Education Campaign was conducted to the Barangay Officials and residents to stop the illegal hunting of wildlife species found in the area.

Poaching, illegal hunting and possession of wildlife species without proper documents are punishable by law under Republic Act (RA) 9147, or the "Wildlife Resources Protection and Conservation Act". Leopard cats are considered vulnerable according to the DENR Administrative Order No. 2019-09 or the "Updated National List of Threatened Fauna and their Categories". (With report from CENRO Mobo) *DJJ