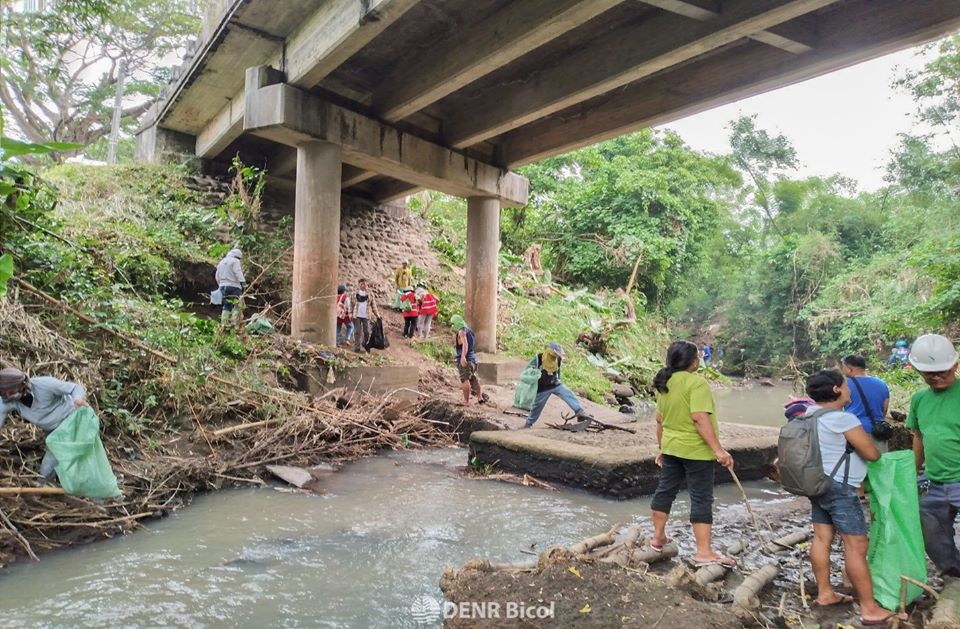 The Department of Environment and Natural Resources (DENR) Bicol through the Community Environment and Natural Resources Office (CENRO) Iriga headed by CENR Officer Nestor Franz A. Fortuno in partnership with the Local Government Unit of Pili, Camarines Sur spearheaded the Kick Off Drive of the Sagip Ilog Project: Anayan River Rehabilitation on January 20, 2020 in Pili, Camarines Sur.

Anayan River is the catch base of the complex tributaries of the five (5) barangays of Pili, Camarines Sur, namely: La Purisima, New San Roque, San Vicente, Santiago and Anayan. Based on the recent water quality sampling of the Environmental Management Bureau (EMB) V, the water quality of said river declined to Class D, which means that the fish catch is not anymore good for human consumption.

With the objective of restoring, rehabilitating, conserving and ultimately bring Anayan River back to life, the unified gesture from stakeholders jump started the Anayan River Rehabilitation through a clean-up drive along the riverbank, which collected an estimated weight of seven hundred (700) kilograms of non-biodegradable waste.

The clean-up drive gathered the collective effort of more than one hundred (100) participants composed of local residents from the five(5) Barangays, youth sector, manufacturers, People’s Organization and personnel from the Municipal ENRO of Pili, Camarines Sur.

CENR Officer Fortuno said that achieving clean water is a priority commitment of DENR but it cannot be realized without the support of the community. This activity is the initial step for a long term plan to reduce the coliform level of Anayan River and to rehabilitate its water quality from Class D to at least Class C.

Likewise, PENRO Provincial Environmental Management Officer (PEMO) Lilian Ornido said that the decline of said river’s water quality is multifactorial; however, the local residents living nearby are among the major contributor to water contamination by directly disposing garbage and waste water to the River.

“Such inimical practices against the environment must be corrected now. Therefore, there is a need to institutionalize the River Management Council, which will oversee the various activities, not just the rehabilitation aspect but also the enforcement of environmental laws”, she said.

Sagip Ilog Project is one of DENR’s priority programs to clean-up rivers and water bodies all over the country. (Report from CENRO Iriga) *JMM