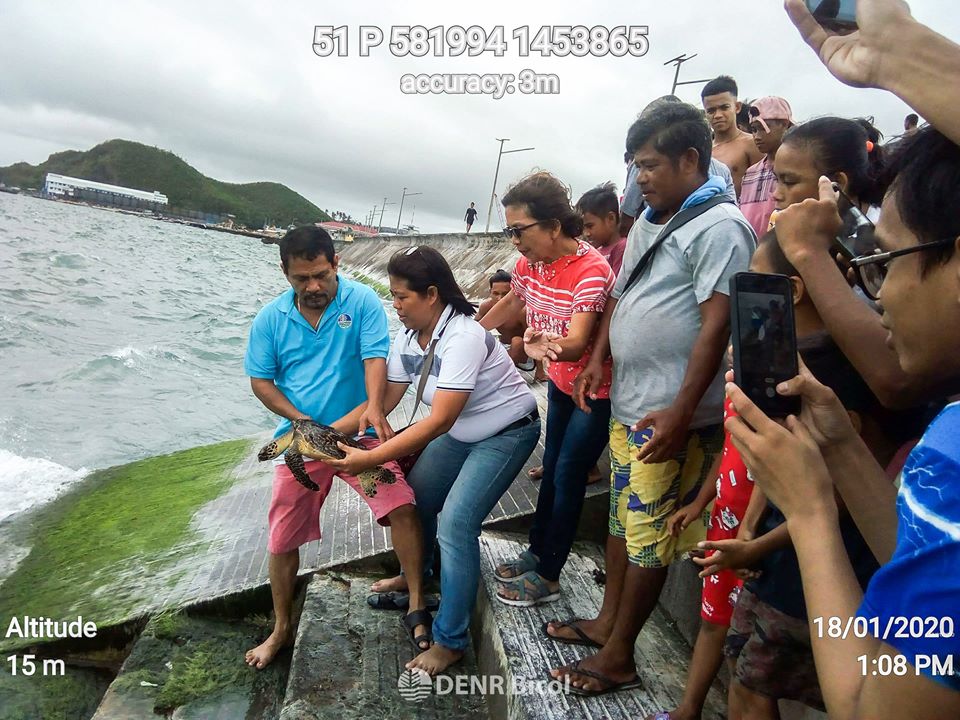 The sea turtle, which measures approximately thirteen (13) inches in length and twelve (12) inches in width, was accidentally caught by the fishing net of Mr. Jaime Bobis noon time of January 18, 2020 in the said coastal village.

Since marine turtles are protected under the Philippine law and catching them is punishable by imprisonment, the Department of Environment and Natural Resources (DENR) V continuously calls on the public to turn over any wildlife to the authorities who can release them to their natural habitat. Intensive and continuous community education and public awareness campaigns are undertaken by the agency which have resulted to a higher number of public turn overs to the Office. *JMAP/Photo Courtesy RBBlacer