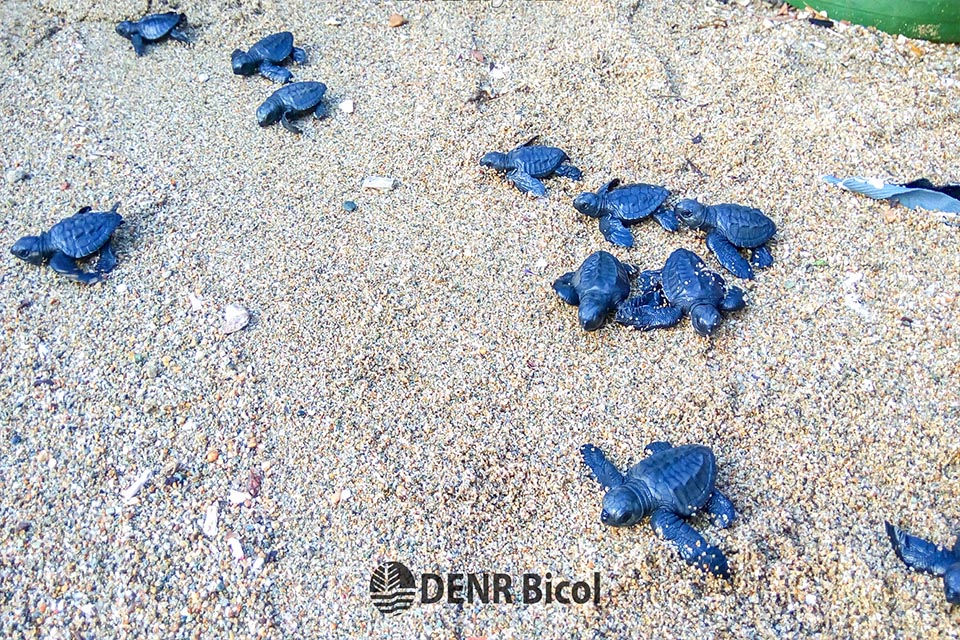 An examination on the hatchlings and investigation among the residents within the area were then conducted by Forest Rangers Jan Philip A. Peralta and Lito L. Esmenda.

According to the PENRO Sorsogon staff, 135 marine turtle eggs were discovered by Richard P. Gerson, a resident of the same barangay on November 17, 2019. To date, only 18 eggs hatched and were found by Ariel R. Odiña who is also a resident of the said barangay. The hatchlings were then placed temporarily in a basin.

It is expected that more hatchlings will emerge in the coming days.

The Department of Environment and Natural Resources (DENR) V continuously calls on the public to report such incidents and turnover any wildlife to proper authorities for proper handling and release to its natural habitat. Continuous information, education and communication (IEC) campaign is being undertaken by the DENR, which have caused increasing numbers of public turn overs to the office. (Report from PENRO Sorsogon)