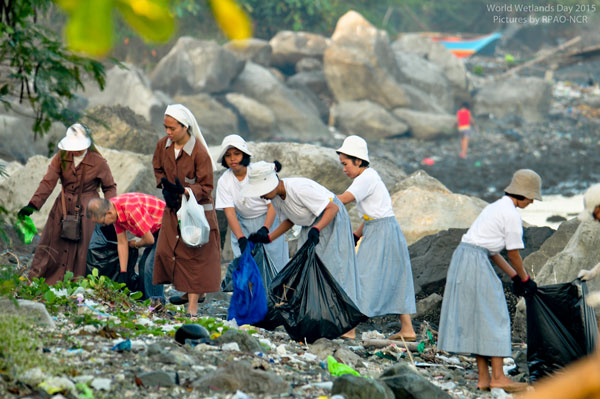 A clean up of the Las Pinas-Paranaque Critical Habitat and Ecotourism Area (LPPCHEA) organized by the Department of Environment and Natural Resources drew positive response from various stakeholders, including these nuns and other members of the Franciscan Sister of the Transfiguration (formerly Daughters of St. Francis of Florence, DSFF).  The clean-up was part of the celebration of the protected area’s first anniversary as a Ramsar Site.  Comprising of 175 hectares of mangroves and mudflats, LPPCHEA is the only declared critical habitat within Metro Manila and the sixth Philippine area included in the List of Wetlands of International Importance in March 2013. ###