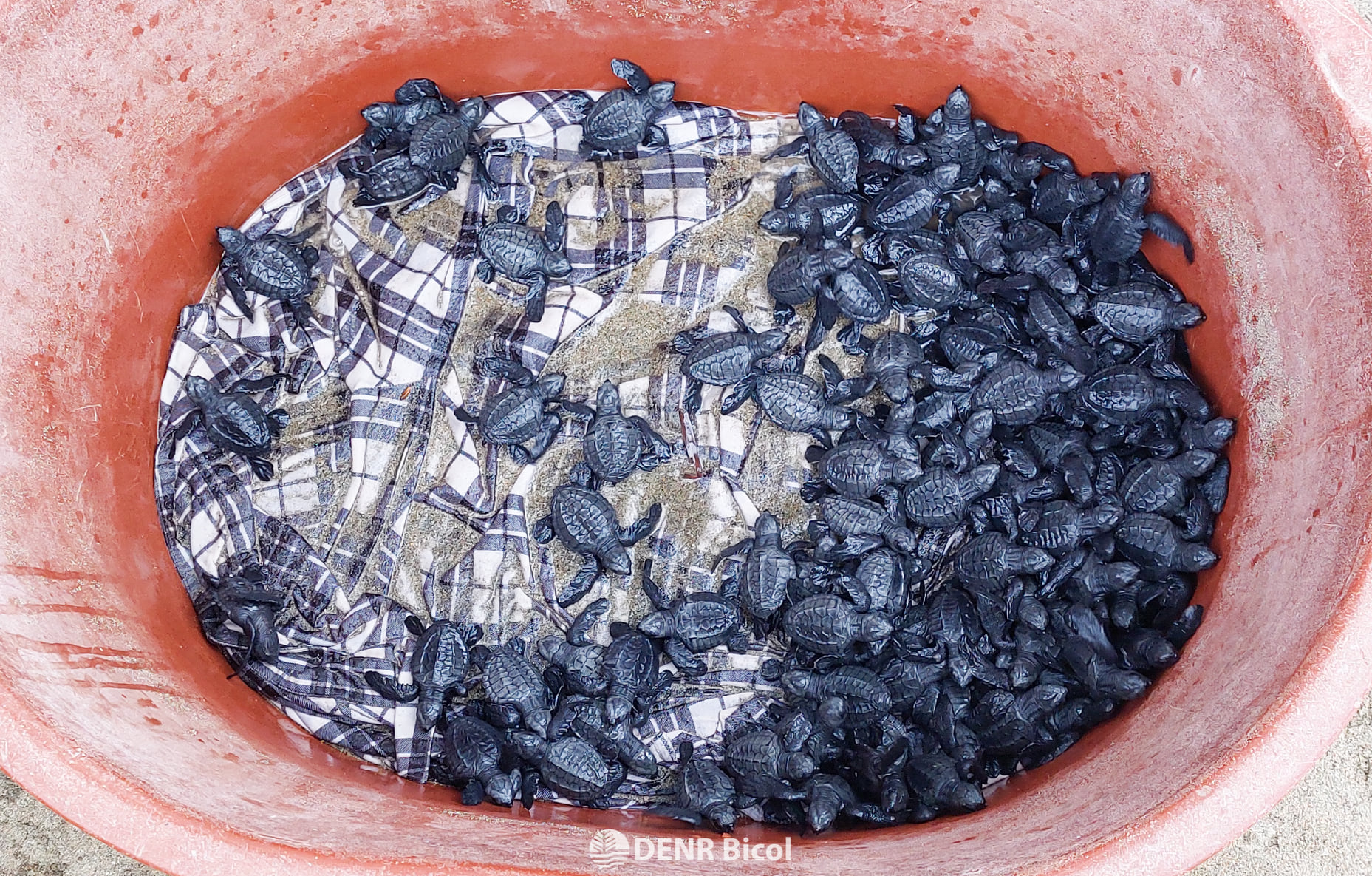 106 OLIVE RIDELY HATCHLINGS RELEASED IN BATO, CAMARINES SUR. A total of 106 Olive Ridley turtle (Lepidochelys olivacea) hatchlings were recently released to the shores of Barangay Payak in Bato, Camarines Sur.  The release was spearheaded by the Community Environment and Natural Resources Office (CENRO) Iriga headed by OIC, CENR Officer Nestor Franz A. Fortuno, the Barangay Council headed by Punong Barangay Virginia Saylago and Bantay Dagat personnel. Under Department of Environment and Natural Resources (DENR) Administrative Order (DAO) No. 2019-09 titled, “Updated National List of Threatened Philippine Fauna and their Categories”, the marine turtle species are considered endangered. Likewise, all wildlife in the Philippines are protected under Republic Act No. 9147, otherwise known as the "Wildlife Resources Conservation and Protection Act".The DENR V continuously calls on the public to report such incidents and turnover any wildlife to proper authorities for proper handling and release to its natural habitat. Continuous CEPA campaigns are being conducted by the DENR, which have caused increasing numbers of public turn overs to the office. (With report from CENRO Iriga)