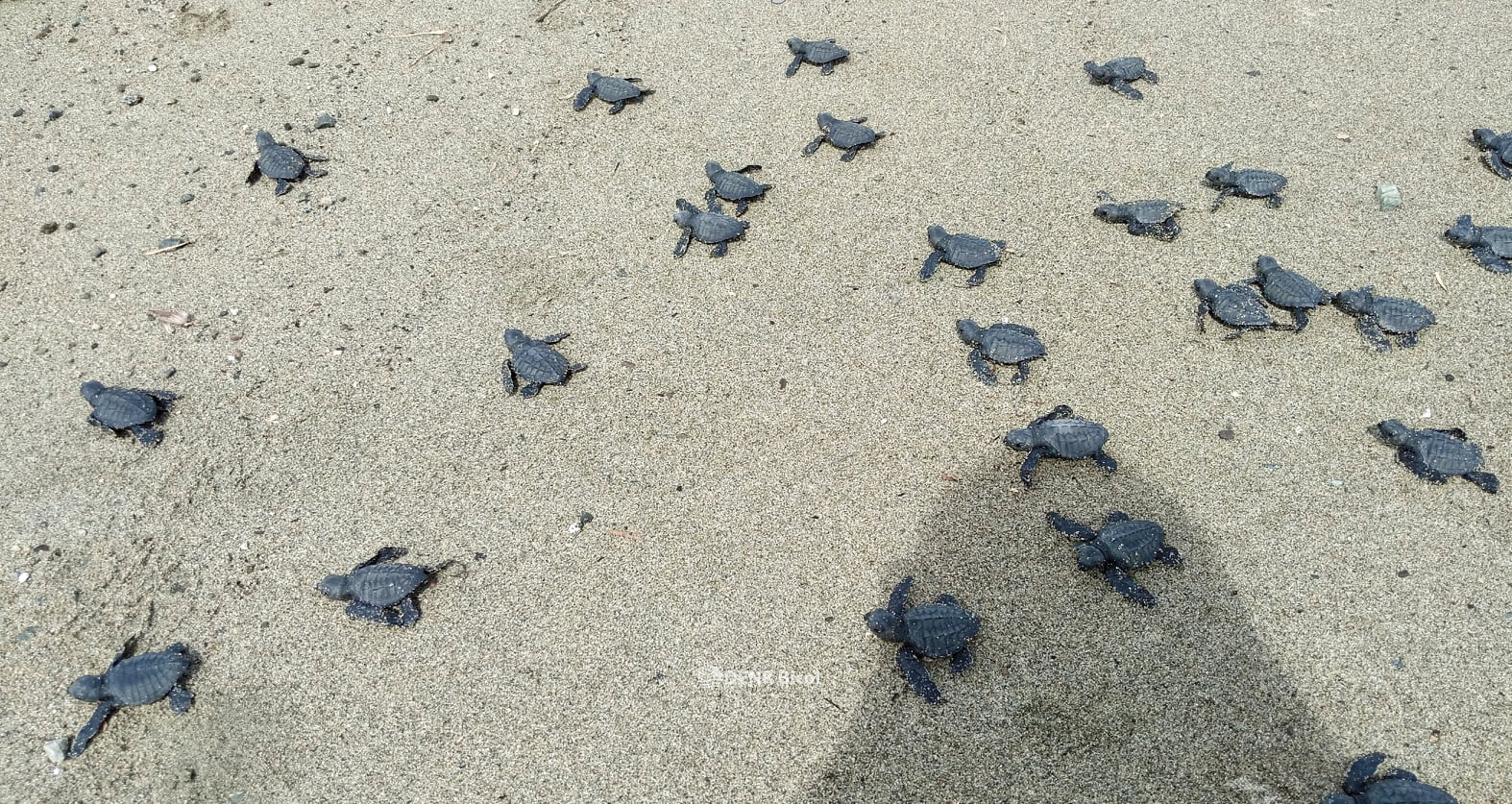 133 SEA TURTLE HATCHLINGS RELEASED IN TBPPS. The DENR V Community Environment and Natural Resources Office (CENRO) Guinobatan headed by OIC, CENR Officer Narisol C. Divina together with some local sea turtle conservation advocates successfully released a total of 133 Olive Ridley hatchlings to their natural habitat on December 28, 2021 and January 1 to 2, 2022 at Barangay Nagas, Oas, Albay, a part of the Ticao-Burias Pass Protected Seascape (TBPPS). Forest Technician II Faye Jesusa T. Onrubia, head of the CENRO Guinobatan Wildlife Resources Permitting Unit, said that two (2) adult marine turtles were spotted by the locals about to lay eggs in the nesting site at Barangay Nagas on October 27 and 30, 2021. Since then, regular monitoring activities were conducted in the area to prevent the nests from getting damaged or threatened by predators, possible flooding of nests and egg hunting by humans. Per DENR Administrative Order (DAO) No. 2019-09 titled, "Updated National List of Threatened Philippine Fauna and their Categories", the marine turtles are considered endangered. The catching and hunting of marine turtles, and all wildlife species are prohibited under Republic Act No. 9147, otherwise known as the "Wildlife Resources Conservation and Protection Act".